After the destructions that where caused by the tsunami, the insulars of an Indian archipelago are rolled over by another surge of ruination: the flood of international aid organizations, which pluck this premodern civilisation into the 21st century. The film depicts the partially heroic attempts of the Nicobareses, to live in this world without drowning. 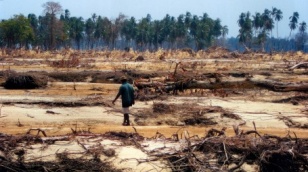