When Evening Falls on Bucharest or Metabolism

The story of Paul, a young film director who is going to make a new movie.

Focused on a director and his leading actress while they are off the set. They discuss the discrepancies between film and digital cinema, Western and Eastern food, and try to capture an unfiltered (and seemingly impossible) sense of "reality" on film. 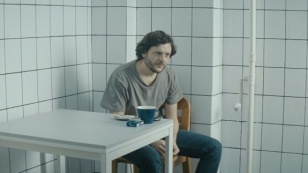