Cathy, sixty and beautiful, runs a restaurant offering local specialties in a small town on the coast of Brittany, where she has always lived. Therestaurant has been in the family for three generations.

Cathy is a widow. She’s been having a passionate affair with a local industrialist, who regularly promises to leave his wife for her. When he finallydecides to take the plunge, it’s not for Cathy, but for a young woman who’s expecting his baby! Cathy is devastated. And things get worse: thatsame day she receives news that her business is failing and the bank is threatening to start bankruptcy proceedings. Cathy is filled with despair. Her world is crumbling around her.

The next day, during the lunch rush, she abruptly leaves the restaurant, saying, «I’ll be back.» She decides to take a drive to calm down. Buther drive ends up lasting a week. From random turns to chance meetings, Cathy crisscrosses France from the Atlantic Coast to the Auvergnemountains. Along the way, she picks up her 10-year-old grandson, whom she barely knows, and agrees to participate, as a former Miss Brittany,in a reunion of past regional beauty queens at the Miss France contest.Cathy is no longer running away, she’s taking flight. She will regain her freedom.She will rediscover her appetite for life. And she might just come to believe in love again…

«…At the origin of this project is one woman: Catherine Deneuve, and my desire to film her, to work with her, and thus write for her.Quickly, almost instinctively, came the desire to see her «on the road», encountering a variety of people. The desire to show her as a daughter rather than a mother, and also as agrandmother, confronted with her grandchild…» – Emmanuelle Bercot 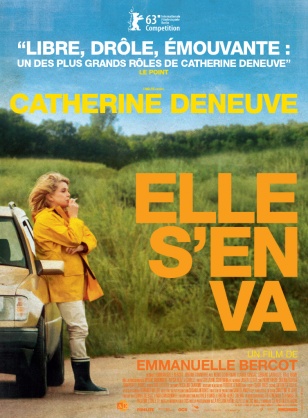