France in 1563. Protestants and Catholics are fighting for land and power, invoking their religion as justification. At the head of the Protestants stands Henri of Navarre, leading his men against Paris, against the Catholics, and against his mother's powerful rival: Catherine de Medici, Queen of France. Until she offers him the hand of her daughter, Margot, as a sign of reconciliation... but the wedding ends in a terrible bloodbath. Henri survives the St. Bartholomew's Day Massacre. Afterwards he is kept prisoner in the Louvre, until he escapes after four long years. During the rest of his life he changes his religion five times, fighting and resorting to any tactics he can – because he refuses to clear the way for people who have no conscience and no humanity. And on his way to the throne he becomes a monarch who can genuinely claim to be one of the first true humanists. 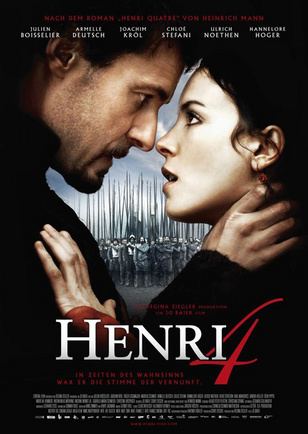