Two countries, two towns and a river. The Oder doesn’t only separate the German town of Frankfurt-on-Oder from the Polish city of Slubice, it marks the division between two very different worlds. All kinds of people – rich and poor – come here in search of happiness, often finding nothing but barriers of their own making. One such character is Andreas, a young cigarette smuggler whose unrequited love ends up turning him into a traitor. Another is Ingo, who has a cheap mattress franchise and is desperately trying to avert impending bankruptcy; yet another is Antoni, a Polish taxi driver urgently in need of money for his daughter’s Communion dress. Then there are Kolja, Anna and Dimitri, three Ukrainians determined to get to the “golden West” by hook or by crook; Sonja, a German interpreter for Russian refugees who dares to do the right thing, and Philip, a young architect from the West who finds out the hard way that happiness also involves responsibility. LICHTER is a film about a group of people whom fate has thrown together for two days to steal, cheat, love, help, hope and despair. Saddled with all their mistakes and weaknesses, but armed with good intentions and their supreme efforts, they try to get their bearings and find their feet in this confusing world – some in the light and others in darkness... 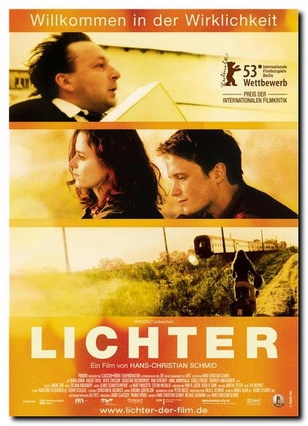