Internationally acclaimed German actor Daniel Brühl has made his directorial debut with the dark comedy NEXT DOOR penned by the author Daniel Kehlmann and based on an original idea by Brühl who also appears in front of the camera in the lead.

Set against the background of gentrification and social inequalities in Berlin, Brühl's very personal project centers on a film star who is being confronted by his neighbor (played by BABYLON BERLIN's Peter Kurth) with revelations that threaten to destroy his private life and career.

NEXT DOOR marks Brühl's second collaboration with Daniel Kehlmann after he starred in Wolfgang Becker's 2015 adaptation of the novelist's bestselling book ME & KAMINSKI. 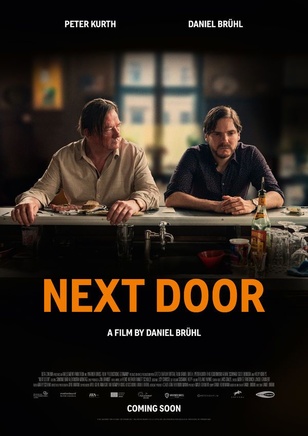