The Confessions Of Thomas Quick

The Confessions Of Thomas Quick

This chilling film tells the gripping story of the making of a modern Swedish serial killer - taking us to the very heart of events that terrified a nation. Horrific and intriguing in equal measure, this is real Scandinavian noir, a dark tale of murder and lies. In a high-security psychiatric institute sits Thomas Quick, Sweden's most notorious serial killer. A misfit loner who openly confessed to a range of unspeakable crimes including rape, murder and cannibalisation, Quick's story has shocked and haunted the Swedish nation for over 20 years. However, new evidence including testimony from the man himself has taken this terrifying story in an even more disturbing direction. With full access to Quick and those around him, this real life thriller unravels the truth behind a self-confessed serial killer and uncovers a dark tale of murder and lies. The film examines the shocking revelations that were at the centre of this horrifying case; not only what happened but the major impact it has had on both those directly involved as well as the wider community. Looking at what would drive a man to commit such terrible crimes, the film also asks the question of how a monster such as Thomas Quick could have evolved and what contributed to his creation. Not for the faint of heart, the journey to the ultimate truth behind what happened is a tense, twisted odyssey that has forced a nation to come to terms with series of nightmarish crimes that have haunted their society for decades. 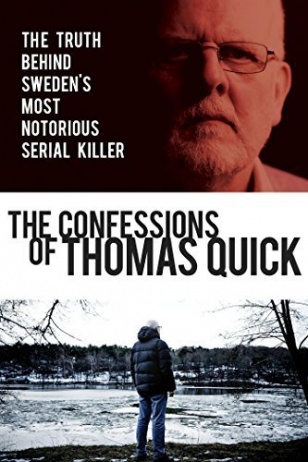