YES is the story of a passionate love affair between an American woman (Joan Allen) and a Middle-Eastern man (Simon Abkarian) in which they confront some of the greatest conflicts of our generation - religious, political and sexual. Sam Neill plays the betrayed and betraying politician husband, Sheila Hancock the beloved aunt and Shirley Henderson the philosophical cleaner who witnesses the trail of dirt and heartbreak the lovers leave behind them, as they embark on a journey that takes them from London and Belfast to Beirut and Havana. 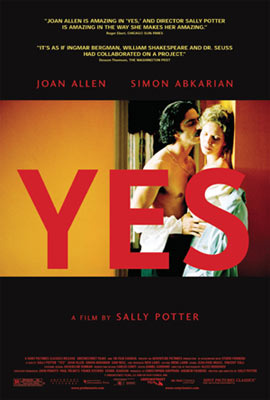