Marion and Jack live in New York. Marion is French and Jack American. They have just spent the “holiday of their dreams” in Venice – a trip that turned out to be full of misunderstandings and differences of opinion. On their way back to the USA, they stop off in Paris for two days, primarily in order to collect the cat that Marion had left in her parents’ care. The couple move into Marion’s tiny old apartment at her parents’ house. This is the first time that Jack has met Marion’s parents. These two onetime “revolutionary” leftwingers don’t set much store by convention. If they have a quarrel to slug out, they have no qualms about doing it right then and there, no matter who is present. This is something of a culture shock for Jack. He senses that Marion’s parents are prejudiced against Americans, but is nevertheless promptly accepted as a new family member without much ado. Jack doesn’t speak a word of French. When Marion meets her old friends he is startled to discover customs that for him seem strange and tortuous. These endless discussions about sex! And these odd practices when it comes to food! And the drunken taxi drivers! What’s more, Jack becomes convinced that Marion is keeping quite a lot from him. Why is it that she seems to run into one of her ex-lovers on every street corner? And what about those little white lies she tells to try to appease his jealousy? All of this makes Jack so furious that, in the end, they decide to part. While Marion tries to slake her need for revenge with one of her ex-lovers, Jack cowers in a fast food restaurant in a vain attempt to find a piece of home. But does the love these two intellectuals bear for each other really have to end so miserably in this way? 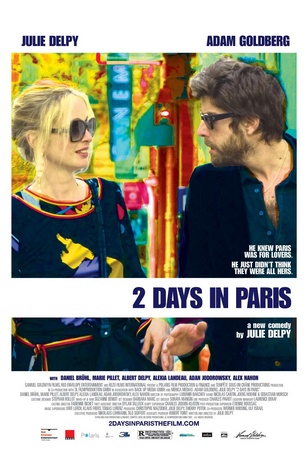