A cautionary tale between a superior species and its disgraced inferior...

13-year-old Lili fights desperately to protect her pet Hagen. The rule sounds senseless and cruel to her. She cannot accept her father’s arguments either, and she is devastated when he eventually sets Hagen free on the streets. Heartbroken, Lili hates her father for making her betray her furry friend. Still innocently believing that love can win over any difficulty, Lili sets out to find her dog and save him. Hagen, too, searches desperately to return home to Lili. Struggling to survive, Hagen soon realizes that not everyone is a dog’s best friend. Wandering the streets, the former home pet falls into a series of dangerous situations. He must flee dogcatchers; he is exploited by a crafty beggar, and he even becomes the prisoner of a
dog fight trainer. Hagen is soon back on the street and joins a pack of stray dogs.

Weeks later, Lili begins to accept the fact that she may never be reunited with Hagen. She is bitterly disappointed, but she tries to focus on preparations for her orchestra’s annual concert and have fun as a normal teenager. When Hagen is captured and sent to the pound, his future seems more dismal than ever. He and the other dogs will seize an opportunity to escape and revolt against mankind. Their revenge will be merciless. Courageous Lili may be the only person who can halt this unexpected war between man and dog. 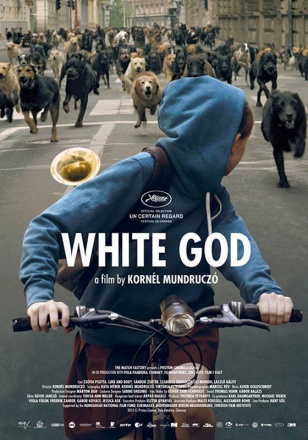