360º of Being Human offers radical insights on how we can tackle our greatest challenges by rediscovering the power of intuition. With the advent of new technology and drastic changes in the labor market, 65% of school kids today will be doing jobs in the future that we do not have names for, according to a recent study. How well is our education system preparing them for the unknown future? Major global institutions are calling for more creativity and innovation, because we aren’t responding well enough to changes needed in the education system and threats posed by environmental degradation. People all over the world are looking for ways in which to cope with these changes. To all of these, intuition is the key element. 360°of Being Human sets out to discover why intuition is the ‘missing link’ when it comes to our ability to create, innovate and live sustainably.

With help of neuroscience the film reveals how our brains connect to each other through consciousness and what intuition has to do with a current imbalance between our ´left and right´brain skills. Through inspiring interaction between African elders in Burkina Faso, western scientists, artists, spiritual leaders and business people, the film connects important knowledge on the brain between the often-conflicting world views. 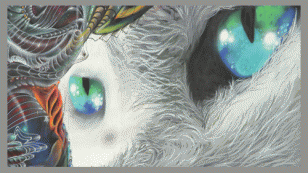