Where I grow old

Francisca, a young Portuguese woman living in Brazil, welcomes Teresa, an old friend she’d lost contact with, into her home. While Teresa is discovering the place where she intends to settle in, Francisca decides to go back to Lisbon. The film follows each woman’s adventures in the city and the deep bond of friendship that grows between them, forcing them to deal with conflicting desires : a will to leave for an unknown country and a relentless longing for home.

Director´s note
This film was born when I met Francisca, who at the time was striving for a new life in the city of Belo Horizonte. Since then we have been working together and she has become one of the film’s leading characters. Early on I felt attracted to the forces that clashed in her Portuguese heart, and realised that those who experience this dilemma will never be comfortable in either their homeland, or somewhere else. What each character is and what she could be. The intersection between their lives reveals something about the unexpected nature of the encounters and how the subsequent consequences reverberate in their lives’ fates. 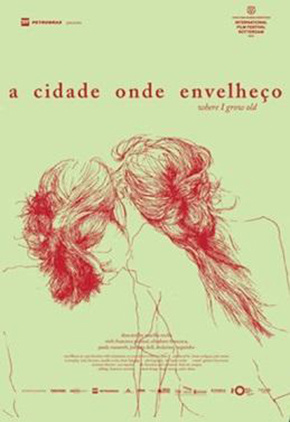