'Seeing Betty Davis perform is like seeing an X-rated film when you expect to see Walt Disney'. This is how the funk singer Betty Davis's performances were described back in the 1970s. Nothing like it had been seen before! With daring body moves, a pronounced sex appeal and dirty lyrics, which made the white man sweat, she was a big mouthful for an America that was looking for more polished and civilised representations of black people after the civil rights struggles (just think of The Supremes). But here came a woman who didn't give a damn about pretty bob hair and instead wrote songs about being a 'Nasty Gal'! She was Madonna before Madonna. Prince before Prince. Betty Davis was the first black woman to produce all her music herself, until she one day disappeared abruptly from the music scene. She struggled to be who she was, but at that time the world did not understand her. But now – 35 years later – the world has never been more ready to pay tribute to the biggest Black Power Goddess of all times. 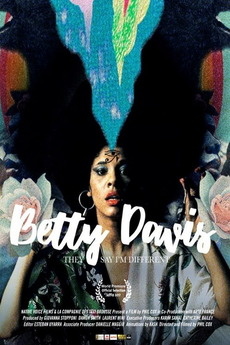