On 30 January, 1972, 13 people died and 14 others were injured by bullets on the streets of Derry in Northern Ireland. They were all unarmed citizens who were taking part in a protest march against a British government law which decreed that arrests could be made and suspects could be impris oned without a trial beforehand.This day went down in the annals of history as “Bloody Sunday” and marked the beginnings of violent civil war in Northern Ireland. This film is a painstakingly detailed and realistic reconstruction of the events of that day. It concentrates on four main protagonists: civil rights activist Ivan Cooper is a Protestant who adopts the Catholic cause; a follower of the ideas of Martin Luther King, he believes in the possibility of peaceful change in Northern Ireland. 17-year-old Gerry Donaghy is a hothead; he’d love to start a family with his Protestant girlfriend, but on this particular day, he finds himself caught up in violent clashes with British soldiers. Brigadier Patrick MacLellan is commander of the British troops – his mission is to either prevent the march from taking place or put a stop to it should it commence; the fourth protagonist is a young British soldier serving as a radio operator in a parachute division – he sees action when he joins a commando of hard-baked warhorses. The film takes place on the streets of a besieged city, in between road blocks and barricades, among civil rights activists, soldiers and stone-throwers. A war film about the struggle for peace in Northern Ireland. 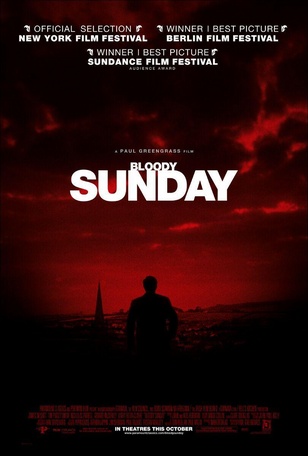