The beat that my heart skipped

In 1977, Harvey Keitel appeared in James Toback’s thriller FINGERS as the Janus-faced concert pianist and debt collector Jimmy Angelelli. The protagonist in Jacques Audiard’s latest version of the story is based on Keitel’s character. In this film, twenty-eight-year-old Tom leads a life that might be termed as criminal. In doing so he follows in his father’s footsteps, who made his money from dirty and sometimes brutal real estate deals. Tom is a pretty hard-boiled guy, witty and sexy, but also strangely considerate as far as his father is concerned. Somehow he appears to have arrived at a critical juncture in his life whereby the son takes it upon himself to become his parents’ educator. One day, a chance encounter prompts him to take up the piano and become a concert pianist, like his mother. He senses that this might be his final opportunity to take his life in hand. He starts piano lessons; his teacher is a Chinese piano virtuoso who has recently come to live in France. She doesn’t speak a word of French and music is the only language they have in common. Before long, Jacques’ bid to be a better person means that he begins to yearn for true love. But when he finally has the chance of winning his best friend’s wife – a woman he has desired for years – his passion only succeeds in scaring her. And then, one day, his dubious past comes to light… 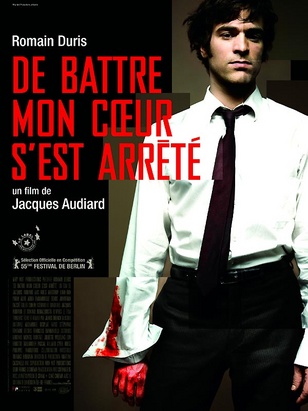 Company who received the MEDIA support:
Why Not Productions