Gordos is a dramatic comedy which, through a host of characters trying to lose weight, explores problems that cause us to suffer from emotional overload.

In the manner of a self-help book, illustrated with five examples and stories, Daniel Sánchez Arévalo has written and directed a film which demands of audiences not only mental agility, effort and attention, but also the guts to digest the contents of this two-hour feature: a banquet that may upset more than their stomach.

Gordos looks at emotional obesity as a metaphor for the baggage we drag around with us, which we’re incapable of expressing or accepting and which our lives difficult. It also reveals that we’re stifled by a preoccupation with appearances, with how other people perceive us – this character that we create to step out into the street, to protect us, distances us from ourselves and we can end up living a sham. 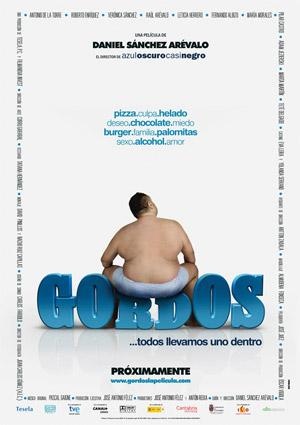