"I Am Max" aka "Life and Deaths of Max Linder"

"I Am Max" aka "Life and Deaths of Max Linder"

Not many people know who Max Linder was. The only noticeable monument to him is a historic cinema in the centre of Paris called Max Linder Panorama. But, if we ask any of the spectators where the name comes from, almost no one would be able to answer correctly. If again, we ask, who Charlie Chaplin was; they will know right away.

Max Linder, born in a small town next to Bordeux as Gabriel-Maximilien Leuvielle, was not just one among many cinema pioneers, he was the first international star, earning his fortune in Europe, Russia and the USA, venerated by millions of fans on both continents. Charlie Chaplin learned everything from him and it was on the basis of Linder’s created persona- a resourceful and gallant boulevardier- that Charlie’s character was created. How is it possible that such a significant figure in cinema history has been forgotten?

The answer lies in the dramatic and epic story of Max Linder’s life, which our film will recount, as if Linder was alive today. 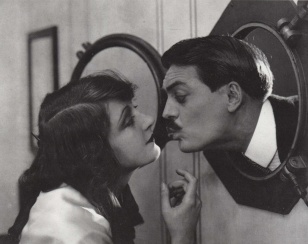