Back To Your Arms

June, 1961. Ethnic Lithuanian father and daughter Vladas and Ruta were separated during the events of WWII - Ruta ending up with her mother - and have not seen each other since, when Ruta was only a child. Vladas remained in what is now Soviet occupied Lithuania, while Ruta lives in Chicago. They have kept in touch via letters, using fake names to protect themselves from the potentially prying eyes of the Communists. They only spoke on the telephone for the first time a few months ago. As Ruta is studying in Hamburg, she and Vladas make arrangements to meet in the west sector of Berlin, this meeting their first since the war. Ruta and her friend Aukse, also a Lithuanian-American, will stay at a pension in the west sector, while Vladas will stay in a consulate housing compound in the east sector, that housing arranged by "comrade" Juozas Aleksandraviius, then cross over to the west sector for the meeting. After they both arrive in Berlin, they find that the geopolitical situation of the day in the city is not as free as they thought, which may jeopardize their long awaited reunion. In addition, Ruta's presence at the pension may jeopardize the plans of some of the landlady's friends who are trying to sneak out of Berlin without the Stasi's knowledge. 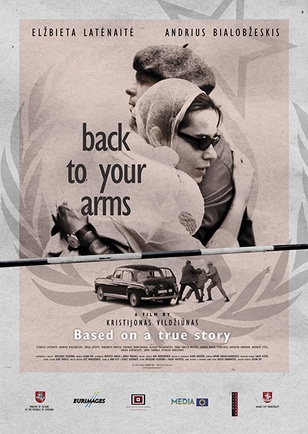