The German city of Mannheim is home for a group of illegal immigrants. Each tries to survive in his or her own way, and to get as much money as possible. Branko from Croatia often sells drugs in order to earn a living for himself and his dying mother. He and his cohort from prison, a Georgian named Merab, accept a job to kill a businessman and it is only coincidence which prevents them from carrying out the deed. A huge black man named Carlos, a refugee from Haiti, dreams of going to Australia even though it would mean earning the money by selling his own organs. He finds himself getting closer to Lan, an ageing Vietnamese prostitute who has also been through the school of hard knocks. She also indulges in an absurd dream: avenging her mother’s death which occurred long ago. But prospects for living in the rich but inaccessible Germany are ever gloomier, especially when Lan’s temporary protector returns to ‘normal’ society while she and the other bizarre figures of this world, inescapable and unmentioned in public, remain. Main prize at the 10th Cottbus Film Festival 2000. 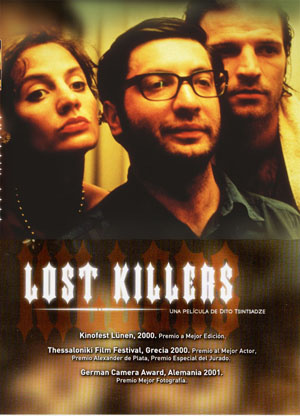