My life without me

Ann is twenty-three. She has two daughters, a husband who spends most of his time unemployed, a mother who hates the world and a father who has spent the last ten years in prison. Ann has a strange passion for audio cassettes of soap operas. She works as a night porter at a university, the portals of which she would never dream of being able to enter during the day. She lives with her family in a trailer on her mother’s land in a suburb of Vancouver. Ann’s monotonous life takes a radical turn when she learns from her doctor that she only has a short time to live – just two months, in fact. Ann decides to keep her health a secret and tell nobody, not even her husband, because the last thing she wants is for everyone close to her to go around with long faces and talk about death behind her back. She compiles a list of the things she wants to do before she dies and comes up with a number of eclectic entries, ranging from “always say exactly what I think” to “wear false fingernails”. Much to her own astonishment, Ann soon develops a love of life she never knew before. Not only does she take her daughters’ future in her hands, she also seduces a lonely, wounded man (whom, ironically, she brings back to life) and faces up to what’s left of her life with a courage she never would have believed she possessed. 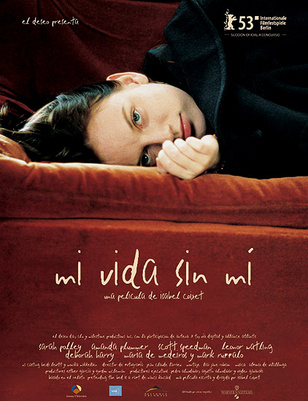