To die in San Hilario

San Hilario made a living from its splendid cemetery and the ability of the locals to organise fabulous burials. People went there to die pleasantly. But haste and modernity have practically left the village without work, which is why they now wait impatiently for the arrival of Germán Cortés, a new client who wants to die in the village, thus permitting the inhabitants to put on a better show than ever before and, probably, to reboost their business. But things get out of hand when Germán dies before arriving at his destination and an error leads the inhabitants of San Hilario welcome a fugitive from justice. His need to hide leads the man to play along with the misunderstanding as he looks on in astonishment while they prepare his funeral. 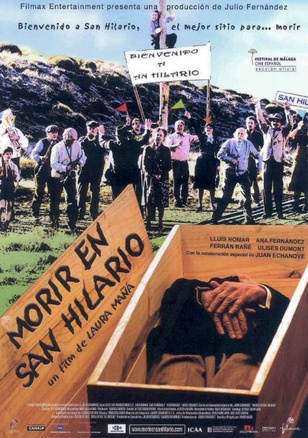