Saara is a gynaecologist in Helsinki. She is elegant, friendly and liberal-minded. But, just like the fresh white snow that has fallen on Helsinki, one never really knows what lurks beneath Saara’s radiant surface. In Saara’s case the self-confidence she parades is a front for a marked tendency to be jealous. She has recently discovered that her husband Leo is having an affair with a young student. Tuuli, as she is called, works part-time as a martial arts trainer. When Saara tries to find out more about her rival her attempt ends with her unintentionally joining Tuuli’s self-defence group. Bit by bit, Saara worms her way into Tuuli’s life. Partly by coincidence, partly on purpose, the two develop a close relationship in which Saara follows her own intuition. Sometimes she lies, and sometimes she tells the truth. On the one hand she manipulates Tuuli and, on the other, she gives in to feelings that she has never known before. And, just as she was able to use a false name to prevent Tuuli from being suspicious, so too does she manage to mislead her husband by creating a fictive lover. Saara succeeds in turning the tables. But, at the same time, she has set something in motion which soon spins out of control. Before long, Tuuli, Leo and Saara, but also Leo’s sister and her husband, all find themselves swept away by a maelstrom of jealously and revenge. 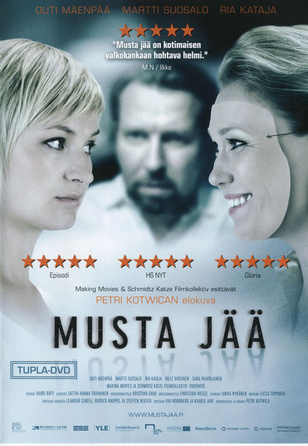