1943. Bill Rohan is 9, overjoyed that his school has been ruined by a stray Luftwaffe bomb, but saddened by the departure of his older sister, pregnant by a Canadian soldier and about to emigrate to the new world.

1952. Bill Rohan is 18, dreaming his life away at the family’s riverside home, waiting to be called up for two years’ conscription in the Army. He swims each morning and yearns for a pretty girl who cycles past on the towpath across the river at the same time every day. This idyll is shattered by the harsh realities of boot camp. He meets Percy, an amoral prankster, and together they plot the downfall of Sergeant Major Bradley, their rigid tormentor. Percy and Bill are rivals and antagonists, but the bonds of military training help them to forge a deep trust and friendship.

After basic training many conscripts are shipped out to fight the Chinese in the Korean War, but Bill and Percy are assigned to the claustrophobic confines of a prison-like training camp, where they act as instructors to the newer recruits. The pressure is briefly relieved by excursions into the outside world, where Bill seeks out and falls in love with the wrong girl – a troubled beauty he meets by chance at a concert recital. The hard-headed Percy meanwhile falls head over heels for Bill’s sister Dawn, who has returned from Canada, leaving behind her two children and uncertain of her future with her husband.

The reality of war finally hits home when Bill is confronted with the shattered lives of wounded boys returning from Korea, including some of his former recruits. 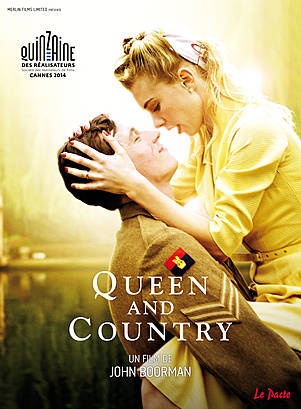