Shaun is a sheep who doesn't follow the flock - in fact, he leads them into all sorts of scrapes and scraps, turning peace in the valley into mayhem in the meadow.

When 12 year old sheep Shaun decides that his friends on the farm aren’t cool enough, he stows away with Bitzer (the sheep dog) and The Farmer (their dad) to an auction in search of new friends. When he sees three strutting Llamas he’s awestruck and ingeniously causes The Farmer to buy them by accident. But when his new friends return to the farm it turns out all is not as it seems and the Llamas start to take over and convince The Farmer that Shaun is a bad sheep. Is this the end of Mossy Bottom Farm? Shaun has to foil the evil quadrupeds plan and return order to his world before it's too late. 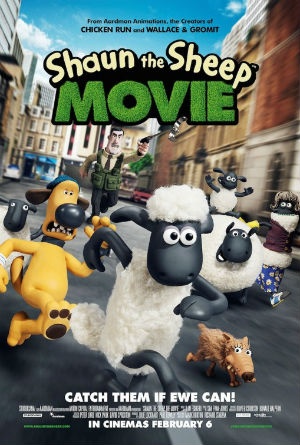