The secret of Kells

The secret of Kells

Ireland in the ninth century. The old fortified Kells Abbey in a remote wooded area is home to twelve-year-old Brendan. He and the monks have been instructed by Brendan’s authoritarian uncle to strengthen the fortifications in order to protect the Abbey from a Viking invasion. Brendan’s life changes forever when Brother Aidan comes to the abbey. Aidan has more faith in the power of the written word than in the expediency of walls. Brother Aidan is a master illustrator who has in his possession an extraordinary book that has yet to be completed. Aidan introduces Brendan to the art of illumination for which Brendan soon displays an exceptional talent. Brother Aidan’s legendary book has the power to turn darkness into light and Brendan accepts the challenge of completing these magic folios. But anyone who has the task of ornamenting the final pages must first possess a crystal that will transform the illuminator’s gaze into a kaleidoscope. In order to acquire the enigmatic object Brendan must set out on a dangerous journey through forests inhabited by strange mythical beasts, survive many adventures and face his biggest fears. He finds assistance in the shape of a centuries-old fairy, Aisling, whom he befriends on the way – but also from the mysterious book itself. 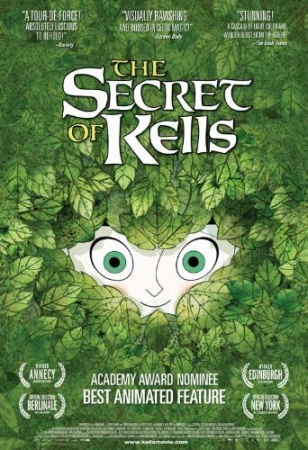 Company who received the MEDIA support:
The Cartoon Saloon