The Song of Names

The Song of Names

As Europe erupts into World War II, 9-year-old Martin comes to love his new adopted brother Dovidl, a gifted violin prodigy of the same age and recently arrived Polish-Jewish refugee in London. But hours before Dovidl's debut concert performance at the age of 21, he vanishes without a trace, meaning shame and ruin for his family. A lifetime later, a young violinist shows a 56-year-old Martin a stylistic flourish that could only have been taught by Dovidl. 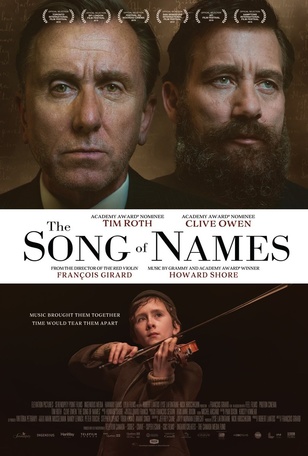