Rabih, a young blind man, lives with his mother in a small village in Lebanon. He sings in a choir and edits Braille documents for a living. When his choir is invited to perform abroad, Rabih tries to apply for a passport and is stunned to learn that the identity card he has carried his entire life is fake. He is told to reapply only after obtaining new identification papers using his birth certificate. Rabih demands an explanation from his mother, which forces her to reveal a far more shocking truth than a forged ID: Rabih is not her biological son. She recounts how her brother found Rabih as an infant and brought him to her. Desperate for details, Rabih searches for his uncle, but finds that he has disappeared. Rabih travels across rural Lebanon in search of some record of his birth, meeting recluses, vagrants, ex-militiamen and others on the far fringes of society. They tell their own stories, open up further questions and give Rabih small clues about his true identity.

Director’s note
The crisis that unfolds in Tramontane reflects the reality of Lebanon itself. Plagued by a history that pitted against neighbour, family and sibling, nobody is willing to face the truth. Even history textbooks are censored in Lebanon, with passages, pages, and whole chapters deleted. Rabih represents a generation of Lebanese, born during or after the Lebanese Civil War (1975 – 1990) that has either a skewed view or no sense of the recent history that has shaped the land where they live and that continues to define every moment of their lives. The reality of Tramontane draws on the reality of Lebanon. 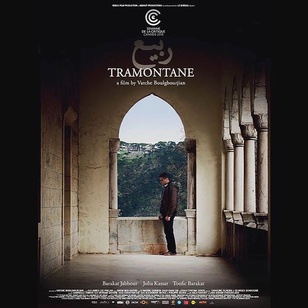