There is no police station in the village of Stara Zburievka. The district police officer lives more than 20 kilometers away, and the area of his jurisdiction includes 5 villages. So if something happens in Stara Zburievka, it is no use calling the police as they will never arrive anyway. Having had enough of this situation, the villagers chose two men, endowed them with the title of “sheriffs” and the authority to enforce the security and protect the public order. But the regional police chiefs don’t like sheriffs - they see them as a threat to their authority over the village...

Funny, sometimes shocking film about the people of Stara Zubrievka who are learning to organize their community life and cope with their problems on their own, without waiting for help from the state.

There is no district police officer in the village of Stara Zburyevka in southern Ukraine. He lives in a neighboring village more than 20 kilometres away. Whatever happens in Stara Zburyevka, there is no use waiting for the police – they just don't come if you call them. The villagers have chosen two men, the smartest and the strongest among their own midst, to take care of public order in the village. They have given them power, a car, shiny tokens and named them "Sheriffs". Their detective stories are sometimes wild, sometimes violent, sometimes funny, but, according to the village community, their actions are always fair. On the example of their story, we want to show how ordinary Ukrainians are creating their own self-help structures, separate from the state to ensure their own protection and security. 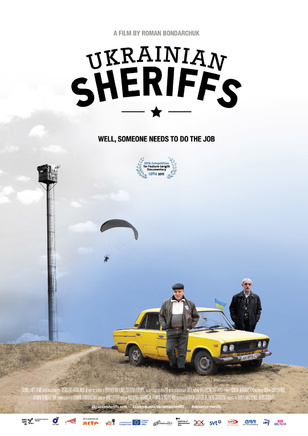