Stelios Dimitrakopoulos (53) runs a Jazz Club in downtown Athens. In 2004, through the help of his former associate, Vassos, Stelios received a loan from the Romanian in order to renovate his club. The financial recess finds Stelios on the brink of bankruptcy. The Romanian meets with Stelios and gives him one day to come up with a solution or he will be forced to sign over his club. Trying to buy time for his old friend, Vassos asks Stelios to meet up with Omar, an Albanian strip-bar owner who also owes money to the Romanian mob-boss. Omar’s and Stelios’ lives will soon cross in the most unexpected of ways. In a whirlpool of adultery, drug abuse, violence, guilt and self-deceit, Stelios has only a few hours left to find his way and save his club, salvage his crumbling marriage, battle the mafia loan-sharks, baptize his employee’s kid as a good godfather, and, at the beginning of next day, show up at school to receive his son’s report card as a proper parent.

Just before Christmas, Stelios Dimitrakopoulos, owner of a night club in Athens, realizes that his life is falling apart. He has got 32 hours to see why things went from bad to worse. 32 hours to reevaluate his choices. 32 hours to protect his business and the future of his family. 32 hours to finally stand up to his enemies, regroup and retaliate. Or 32 hours to literally blow everything up! 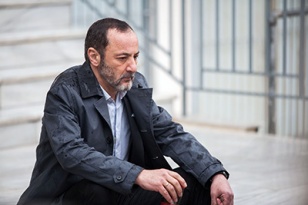