A mother’s death propels her grown son, Martin, across the Atlantic, from his native Paris to Los Angeles. Martin and his partner had decided to take a break from each other, anyway. His father, long-estranged from his mother, urges Martin to wrap up his mother’s affairs expediently and sell her apartment. Once in L.A., where he spent so much of his youth, Martin is quickly submerged in a flood of memories, but he is determined to make a clean break, tidy up and return home as soon as possible. An old photograph given to him by a friend draws his plan to a sudden halt; his mother was close to the girl captured in the picture, and perhaps wanted her to have the apartment. Compelled by a sense of loyalty to his mother, Martin sets out to track down Lola, who must now be a woman. His search takes him across the border to the flesh pots of Tijuana, where a tourist like Martin soon finds himself at sea in very unfamiliar territory. What he finds there changes his life. 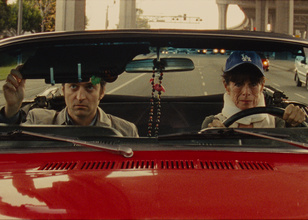