The Light Bulb Conspiracy – The Untold Story of Planned Obsolescence

Once upon a time, consumer goods were built to last. Then, in the 1920’s, a group of businessmen realized that the longer their products lasted, the less money they made. Thus Planned Obsolescence was born and, ever since, manufacturers have deliberately shortened their products’ life spans to increase sales.

The current throwaway climate - where the latest gadget is outdated after a year and electronics are cheaper to replace than to repair – is the basis for economic growth. But infinite consumption is unsustainable with finite resources. With the economy crumbling and consumers becoming increasingly resistant to the practice, has Planned Obsolescence reached the end of its own life? 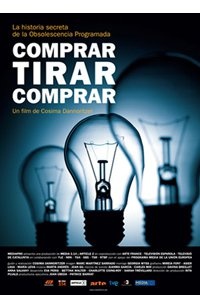