The day Ángel spoke to Estrella in that nightclub, his life changed forever. After a fight with Poli, the girl’s possessive boyfriend, he discovers that Ángel has the talent to get into trouble and, most importantly, to get out of it. That’s why he encourages him to join a band of muggers who keeps the Madrid police in check and turns their existence into all or nothing.

Ángel begins to climb quickly in a pyramid of robberies, black money, shady businesses and corrupt lawyers that will lead him to be cornered by Duque, a tireless detective who will not stop until his career ends. Disregarding the advice of his people, Ángel manages to ascend until he becomes the protégé of Rogelio, one of the guys who controls the city’s black market. With him and Sole, daughter of the capo, Ángel will discover that the price of power is high and that he will soon have to decide between his future as a robber and the love of his life, Estrella. A journey that began in the dirtiest of the suburbs and whose main objective is the highest: the sky. 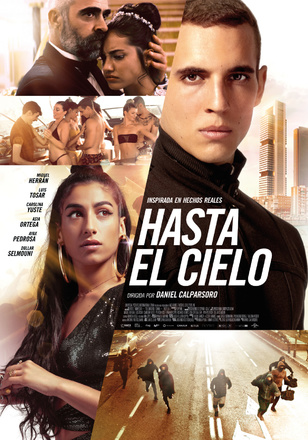