2085. No more electricity or machines on Earth. The planet is a vast desert. Crops no longer grow; children have not been born for the last ten years. For the last survivors who have the strength to hear it, a mysterious "Call" rings out: to meet up in Athens. Jo, our narrator, a 17-year old boy of African origin, will become the last moviemaker, the last witness of the last men on earth. Across the abandoned roads of Europe leading to Athens, Jo carries with him an enigmatic treasure: multiple reels of film, all bearing the inscription "Cineteca di Bologna". 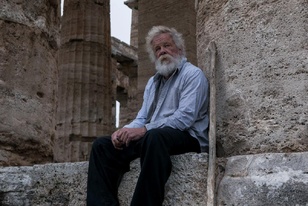