Lost Warrior follows Al-Shabaab-regretter, Mohammed, who was recruited at a young age by the terrororganisation Al-Shabaab back in England. After finding out, what the terrororganisation was really about, he deserted Al-Shabaab and is now living underground in Mogadishu with no papers. He wants to escape Somalia and unite with his young wife and son back in England. Before Al-Sahaab finds him and kills him.

Mohammad was just three years old when he was sent from Somalia to England, unaccompanied by his parents, in the hope that he would have a better life there. But as a teenager in London he engaged in criminal activity, which landed him in prison where he became radicalised.

At the age of 19, he was deported back to Somalia, which sent him straight into the arms of the terror organisation, Al-Shabaab.

But once Mohammed realises that Al-Shabaab is not a freedom movement, but in fact targets and kills innocent people, he decides to escape. As a 23-year-old he lives under the radar in Mogadishu in an attempt to hide from Al-Shabaab.

This is where he meets Fathi who was born in London but sent to Somalia for ”re-education”. They get married and when Fathi travels back to London, she is pregnant with their child.

The film follows the young couple’s attempts at being reunited as a family in order to create a future for themselves and their son, Yassir. But Fathi and Mohammed are not only challenged by predominant world politics, which renders Mohammed practically without citizenship.

They are also trapped by their own culture and its demands to uphold traditional and religious practices that are not in tune with being young in today’s modern society. 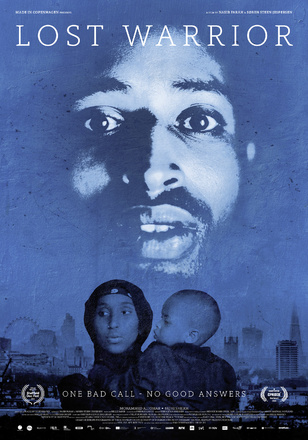 MADE IN COPENHAGEN APS

Slate funding
MEDIA support to: Made in Copenhagen