Eastern Cape, South Africa. A lonely factory worker, Xolani, takes time off his job to assist during an annual Xhosa circumcision initiation into manhood. In a remote mountain camp that is off limits to women, young men, painted in white ochre, recuperate as they learn the masculine codes of their culture. In this environment of machismo and aggression, Xolani cares for a defiant initiate from Johannesburg, Kwanda, who quickly learns Xolani's best kept secret, that he is in love with another man. Having first explored male circumcision in his short film Ibhokhwe, South African director John Trengove revisits this topic and other rituals of masculinity in his first feature. The tension that builds inexorably throughout the film derives on the one hand from the young Kwanda who increasingly calls into question the patriarchal codes of the initiation, as well as the unbearable crisis building in Xolani as he must choose between the traditional world that he knows, and his own fulfillment. 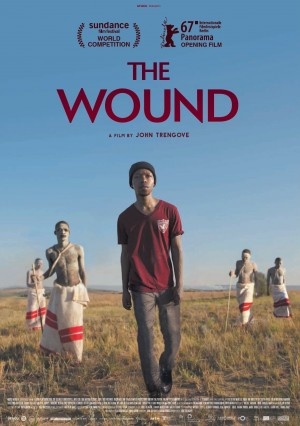