24 Hour Party People (the title comes from a song by the Happy Mondays and reflects the true spirit of this film) is about the late Thatcher years and their repercussions on life in Manchester, a city that created and nurtured some of Britain's foremost musical talents in its nightclubs.The main character of this film that is a blend of documentary and a comedy, is Tony Wilson, a TV presenter who owns a cutting edge record company called The Factory. 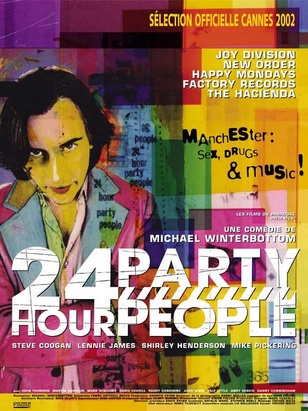