“Dear Diary,“ Brussels, 12 January. Please don’t be mad at me for having forgotten you yesterday evening. I was too tired to write to you … In the morning I got the present that Mama sent me from New York but there was nothing for Papa.We were both late because Papa hadn’t heard the radio alarm. I heard the announcer say that this day was different because it was going to be very hot in the middle of winter. At school, I fought with Morgane and I had to go to the hospital. I didn’t even cry. Abuelita came to see me and she fainted when she saw the doctor sewing up my chin, and then Papa came to get us.When we were leaving in the car I thought I saw Mama but it was Sonia, a Russian friend of Papa’s, who he helped find her husband who she had not seen for three and a half years. The police were after Sonia because she is an immigrant. That’s strange because Abuelita is also an immigrant but the police aren’t after her...” It is indeed an exceptionally warm day in the Belgian capital as a travel agency’s delivery van makes its way up the slip road onto the motorway. The four people sitting in the car include 39-year-old Miguel, whose job is to deliver travel documents. Miguel is the father of seven-year-old Laura. Also in the van are thirty-year-old Sonia from the Ukraine, who has come to Belgium illegally hoping to find her missing husband, and 57-year-old Abuelita, who is Miguel’s mother and Laura’s grandmother. She’s just dying to know how Sonia’s quest will turn out... Miguel is in the process of delivering travel documents to a very important client. But how on earth can he get on with the job in hand when he has to contend with his pushy mother and his inquisitive daughter, as well as cope with this foreign woman who obviously needs to be helped in some way? 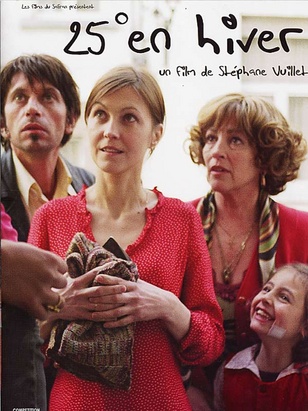