Otilia and Gabita share the same room in a University's dormitory. They both study in a small town's University in Romania, during the last years of communism. Otilia rents a room in a scruffy hotel. They meet Mr Bebe. Gabita is pregnant; abortion is illegal. None of them has ever faced such situation before. 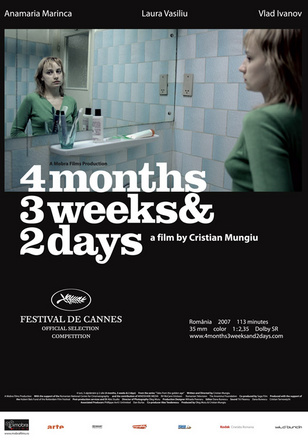