This film was born from a desire to explore a city at a particular moment in its history: Havana will without doubt alter radically in the next few years. A transition is taking place: its boundaries are changing, its culture hungrily embracing new ways of thinking, creating and living every day. This is what attracted such varied talents as Benicio del Toro, Gaspar Noé, Elia Suleiman, Emir Kusturica, Laurent Cantet, Julio Medem and Pablo Trapero, and this is what inspires Juan Carlos Tabío daily. To film this place and to tell the story of these people - to portray humanity at a turning point in its history - on an island whose magnetism and magical aura is wholly disproportionate to what one would expect from its geographical dimensions alone.

7 DAYS IN HAVANA is a snapshot of Havana in 2011: a contemporary portrait of this eclectic city, vital and forward-looking. 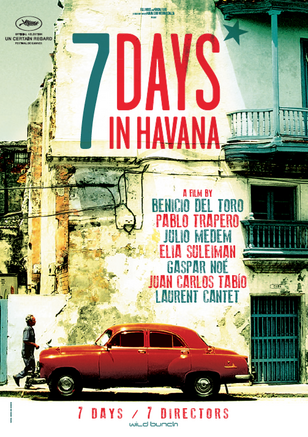