9 FINGERS opens like in a film noir: at night, in a train station, a man called Magloire runs from a police control. With no luggage and no future. No sooner has he found a huge amount of money than trouble begins. A gang on his heels will soon make him a hostage then an accomplice. It is Kurtz’s gang. After an aborted break-in, they all have to flee aboard a cargo ship with a dangerous volatile freight. Nothing happens as it was supposed to be – poison and madness contaminate everybody. Kurtz’s men seem to be the pawns of a conspiracy led by the mysterious “9 Fingers”.. 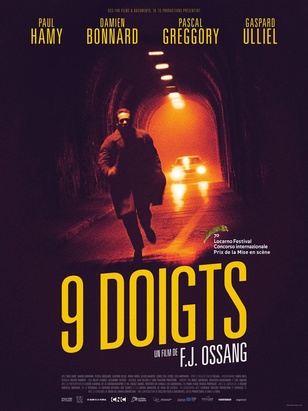