A cock and bull story

A cock and bull story

Unorthodox adaptation of the English literary masterpiece, The Life and Opinions of Tristram Shandy, Gentleman, written by Laurence Sterne, the story begins with Tristram narrating his life story as he sees it. Shandy's childhood tales are constantly interrupted by his family and household, inadvertently revealing far more about himself than any conventional autobiography. At the dramatic moment of Tristram's birth, the 1st Assistant Director calls "Cut!", marking the end of a filming day. We then see Steve Coogan, the other actors and crew through the course of a chaotic evening on set. Coogan's wife arrives with their six month old baby, a journalist is chasing him about a scandalous story, his agent has arrived with a load of Hollywood scripts and the film financiers are threatening to pull the plug. 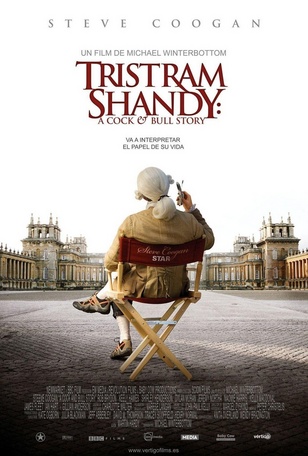