A pair of landscape gardeners compete to design a fountain at Versailles for Louis XIV.

A female landscape-gardener is awarded the esteemed assignment to construct the grand gardens at Versaillers, a gilt-edged position which thrusts her to the very centre of the court of King Louis XIV. Can she overcome the challenges of this new and complex world, and the ghosts of her own past tragedy, to secure a future with the man she loves? 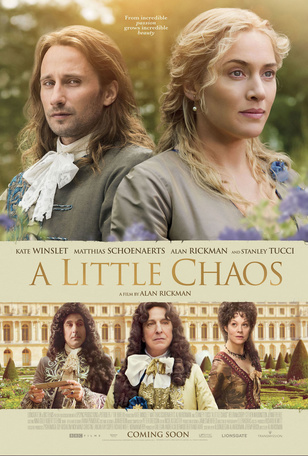