A soldier father guides his family with a firm but understanding hand. He gives his two 13-year-old sons a notebook in which they are to write down their everyday experiences. It’s the Second World War, the family is broken up, and the boys are taken to their grandmother’s village to take shelter in her house. But the old woman would rather nurse a bottle of booze than care for her own flesh and blood. Thus instead of finding a safe refuge, the brothers fully experience the cruelty of war and the utter absence of love. Nothing good can come of the situation, and the bitter reality is reflected in their matter-of-fact, emotion-deprived entries in the notebook. The picture graphically portrays the war through the eyes of children – but differently than we’re used to in such cases. Wholly unidyllic, the film takes a brutal look at the loss of illusions and the forced transformation of the protagonists into adults (or whatever the war makes of them). Moreover, the cruelty the brothers learned out of necessity extends beyond the end of the conflict, and thus we may perceive the film as a broader social critique. This elegiac motion picture benefits from Christian Berger’s dazzling camerawork. 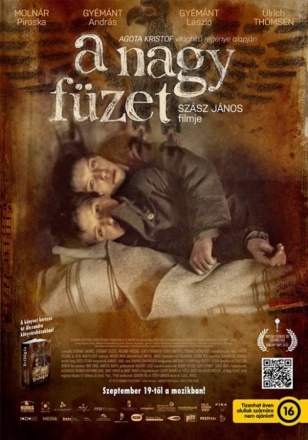