A once great actor, Serge Tanneur (Fabrice Luchini), has retired from the limelight. Too much pressure meant that one day, he simply decided he would act no more. For the past three years, he has lived in solitude on the Île de Ré, spending his time cycling through the windswept landscape. Fellow actor Gauthier Valence (Lambert Wilson), whose career is flying high, is planning a production of Molière's play The Misanthrope and wants to offer Serge the title role. Gauthier is convinced he will accept, since Serge himself has become a misanthrope, withdrawn from society and raging against the world. It would be wonderful to see him return in that part. But Serge plays hard to get. Instead of committing, he suggests they rehearse together for the week. Things look to be going well, especially when a mysterious Italian divorcee (Maya Sansa) brings a romantic spark into his life... 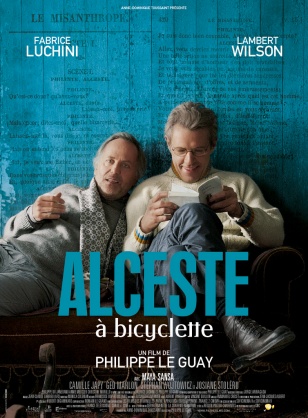