The story of Angelo, an African born in the 18th century, who is brought to Europe at the age of 10. Becoming a servant at the court of enlightened nobility, he is able to use his otherness to be an appreciated guest and attraction for the members of high society. Being close to the emperor he decides to marry Magdalena, a young maidservant, with whom he falls in love. Doing so, Angelo inevitably suffers from the rejection from the court. On the height of his prestige, he has to realize, that his otherness will never be erased. He will never know a normal life, and he will always remain an outsider. Based on true events. 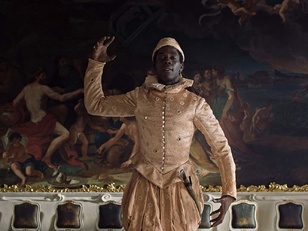