The Aftermath under the Volcano.

On April 14th 2010 the earth opened up for the second time in less than a month at Eyjafjallajökull in Southern Iceland. The volcanic eruption melted the ice cap, flooded the nearby farms and spewed 70 tons of ash into the stratosphere per second and disrupted air traffic throughout Northern Europe. It forced many flight cancellations and stranded thousands of passengers. The disruption captured the worlds attention. When the airlines resumed their normal routes and headlines started to fade, the farmers under the volcano were fighting for their livestock and livelihood as they still are today. The film ASH follows three farming families living under the volcano over the course of a year to see the effect of the ash on their lives and livelihood. It is a character-driven creative documentary about the aftermath under the volcano. 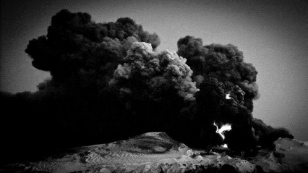