The edge of heaven

Nejat seems disapproving about his widower father Ali's choice of prostitute Yeter for a live-in girlfriend. But he grows fond of her when he discovers she sends money home to Turkey for her daughter's university studies. Yeter's sudden death distances father and son. Nejat travels to Istanbul to search for Yeter's daughter Ayten. Political activist Ayten has fled the Turkish police and is already in Germany. She is befriended by a young woman, Lotte, who invites rebellious Ayten to stay in her home, a gesture not particularly pleasing to her conservative mother Susanne. When Ayten is arrested and her asylum plea is denied, she is deported and imprisoned in Turkey. Lotte travels to Turkey,where she gets caught up in the seemingly hopeless situation of freeing Ayten. 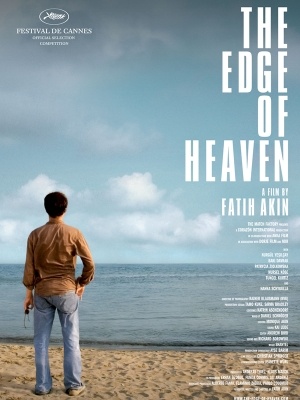