Iraq in the early 1990 was a devastating land to survive in. When we think of Iraq, the first thing that tends to pop into our minds is the war and Saddam Hussein. But there is another side too - it is perhaps the most notorious country in the world and it goes by the name Kurdistan. Welcome to BEKAS. This is a story about two homeless brothers (Zana, 7) and (Dana, 10) who live on the edge of survival. 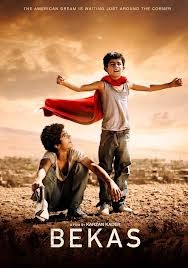