Across pre-Revolutionary France, the film follows the adventure of the inventors and pioneers of the conquest of the skies. It focuses on the Montgolfier brothers, the Robert brothers, physicien Jacques Charles and on the man who took to the skies for the first time in the history of humanity, Pilâtre de Rozier.

We plan to reconstruct exact replicas of the first hot air and gas balloons. This will be carried out by two teams of modern balloonists, using original techniques. We will also use CGI based on 18th century illustrations to reconstitute the orginal scenes (brought to light through interviews of historical and scientific experts. 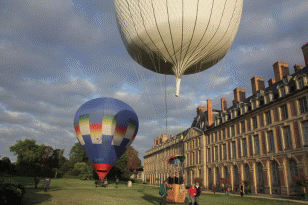