Buñuel in the Labyrinth of the Turtles

Paris, 1930. Salvador Dalí and Luis Buñuel are already the main figures of the Surrealist movement. Unexpectedly, Buñuel is left moneyless after the scandal surrounding his film The Golden Age. In this difficult situation, he cannot even tackle his next project, a documentary about one of the poorest Spanish regions, Las Hurdes. However, his good friend, sculptor Ramón Acín, buys a lottery ticket with the promise that, if he wins, he will pay for the film. Incredibly, luck is on their side. 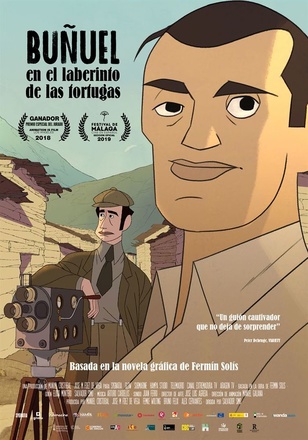